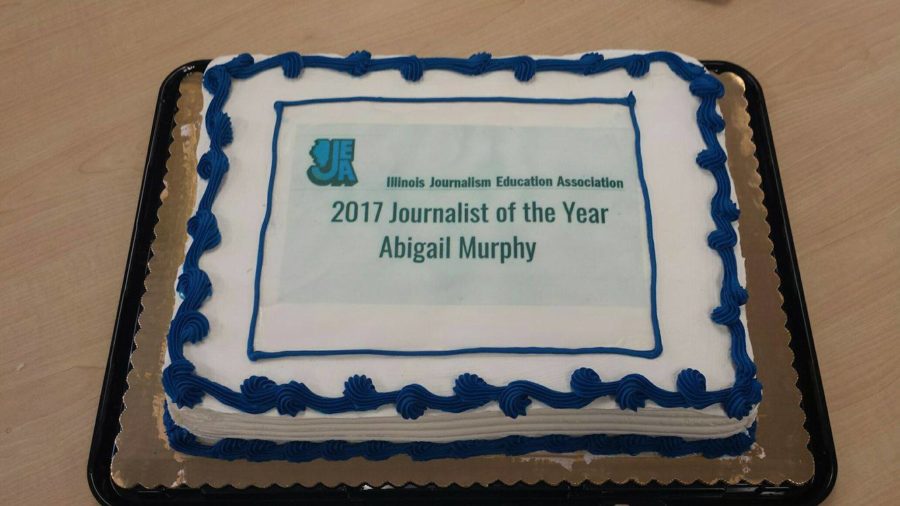 Abigail “Abbe” Murphy was named the 2017 Illinois Journalist of the Year by IJEA. Runner-up was Marissa Martinez of University of Chicago Laboratory High School.

The editor-in-chief of the awarding-winning Omega newspaper of Downers Grove North High School is our choice for top high school journalist in Illinois. Check inside for more about Abbe and runner-up, Marissa Martinez!

By Amanda Bright, MJE, IJEA Co-Secretary and Region 5 Board Member

Congratulations to Abigail “Abbe” Murphy, a senior at Downers Grove North High School, who has been named the 2017 Illinois Journalist of the Year. The award, open to seniors only, is IJEA‘s top honor for high school journalists.

A runner-up was also named: Marissa Martinez of University of Chicago Laboratory Schools.

Murphy, as editor-in-chief of the Downers Grove North High School Omega, would be the first to admit that her tenure in scholastic journalism has not been without its challenges.

Last February, when distributing a poll to students about gender-neutral bathrooms at her school, Murphy ran into administrative opposition. Instead of letting the roadblock deter her, Murphy decided to take another route and crafted an editorial that stressed the importance of a free high school press. Her focus was the Speech Rights of Student Journalists Act, which was New Voices legislation still working its way through the General Assembly at that time (and later became Illinois law).

“In the end, the editorial became my proudest piece of writing,” Murphy wrote about the experience. “The editorial raised awareness in the school community about prior review and censorship and also was used across the state as an example of why the ‘New Voices’ bill was critical for high school journalists. I learned how powerful my voice truly was.”

Murphy’s adviser, Elizabeth Levin, said her Omega EIC was indeed empowered by the experience — but retained her professionalism and ethical center throughout the process.

“Abigail is a deeply principled young woman who believes that her readers need to know the truth about school issues,” Levin wrote in a letter on behalf of Murphy. “She is a diligent researcher, tracking down a range of sources. She conducts multiple interviews, listens closely and asks thoughtful follow-up questions.”

A panel of IJEA board members selected Murphy after assessing the portfolios, self-analytical essays, résumés, transcripts and letters of recommendations submitted by applicants from around the state. The IJEA members were impressed with her journalistic work, as well as her passion for a free student press, which she shared at the national level during the JEA/NSPA National High School Journalism Convention in Indianapolis last fall.

“Every aspect of whom I have become and my success is attributed to journalism,” Murphy wrote in her essay. “My best characteristics: my work ethic, my passion and my confidence all flourished when given the ability to through my journalistic work.”

Murphy learned she had won the award when Brenda Field, Illinois state director for national JEA, and Stan Zoller, IJEA board member, visited Downers Grove North High School to inform her of the news on March 1.

Murphy becomes IJEA’s 28th Journalist of the Year since 1989 and the first from Downers Grove North. She will receive a $300 award, and her portfolio and other supporting material will be forwarded to JEA for inclusion in the organization’s national JOY competition.

The JEA winner and runners-up will be announced in April at the JEA/NSPA Spring National High School Journalism Convention in Seattle. Scholarship funds of $3,000 will be awarded to the top winner, with $850 each for runners-up.

This year’s IJOY runner-up is a student who also found her voice — and a voice for others — through scholastic journalism. University of Chicago Laboratory High School’s Marissa Martinez is editor-in-chief of her school’s award-winning newspaper — The Midway.

“Growing up, I didn’t see a lot of positive or interesting pieces about people who looked like me,” Martinez wrote in her essay. “After going through the journalism program, I’m more determined than ever show young girls everywhere that their stories, their cultures and their lives matter. Journalism allows us to reveal people’s identities to the outside world.”

Martinez will be headed to Northwestern University as a journalism major in the fall of 2017. Her adviser is Logan Aimone.

Murphy and Martinez will receive their IJOY plaques in June at IJEA’s annual awards luncheon in Springfield. Congratulations to all the nominees and the advisers who supported them! 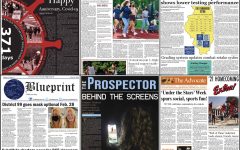 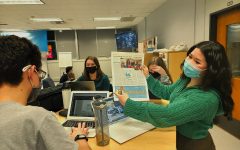 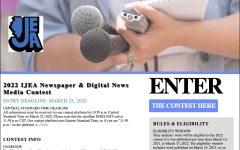 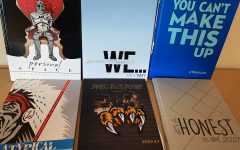 Congratulations to our 2021 Yearbook Contest winners!

Changes on the way for IJEA Newspaper & Digital News Contest 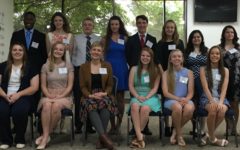 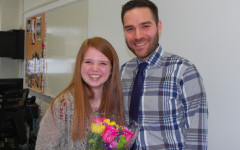 Meet our 2016 Illinois Journalist of the Year: Libertyville’s Hannah Boufford 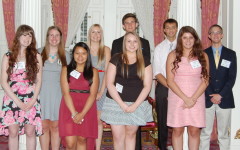 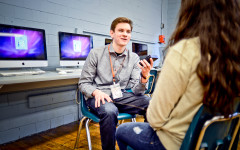 2012 Illinois Journalist of the Year Selected

Sydney Scarlata of The University of Chicago Laboratory Schools is the 2012 Illinois Scholastic Journalist of the Year.  Scarlata, edi...